The opening keynote of the recent WIDER Development Conference, COVID-19 and development – effects and new realities for the Global South, was given by Oriana Bandiera, Sir Anthony Atkinson Professor of Economics at the London School of Economics, an accomplished economist with several awards under her belt, including the recent EEA Arrow Award. Her research passion is to understand the allocation of talent in the labour market. How relationships and incentives shape choices, and how those choices shape labour markets, and how this all reflects on living standards.

She quickly moves into a much more puzzling question — is this shift likely to be permanent, or will these changes be reversed after the pandemic passes?

According to Oriana, the answer depends on the economic structure in the countries where the poorest live. It depends on whether the pandemic creates a ‘big pull’, the inverse of the ‘big push’ whereby policy to address poverty focuses on creating a significant enough positive shock to break the poverty trap. A ‘big push’ strategy includes major, sustained investments in human capital — to move people into better paid and more highly skilled work — and investments in physical capital, to improve output and thus income. The ‘big pull’ then represents the threat of the pandemic pushing people into poverty by taking away human and physical capital, the tools required to break out of poverty traps.

The extent to which the COVID-19 pandemic will trigger long-term loss in physical and human capital won’t be known for a long time, but Oriana presents findings from research that sheds some light on what we might see.

Oriana points to the effects on human capital of Ebola in Sierra Leone as an example. Like COVID-19, the Ebola epidemic called for policies to reduce the virus spread, extending to school closures. The closure of schools halts the accumulation of human capital at a critical time — but can it pick up where it left off when schools reopen? The answer is different for young women than for young men.

During the Ebola crisis, lifestyle centres closed alongside schools, so during this time there weren’t safe spaces for young women to go, or places for them to learn about life skills including contraception. After the epidemic, the number one reason reported for not attending school became pregnancy. Meaning that the epidemic translated specifically to a permanent halt in human capital accumulation for young women.

For COVID-19, Oriana points out that we may see very similar outcomes: ‘that is the real, very real risk, that the talent of millions of girls in low-income countries will never be put to its best use because pregnancies will essentially reduce the human capital accumulation for the rest of their lives. This has implications at the micro level for their own wellbeing and poverty and at the macro level for the growth of their countries, who will have to do without their talent.’

Moving on to physical capital, Oriana introduces a study on jobs and livelihoods before and during the COVID-19 pandemic in Bangladesh. This work draws attention to how the pandemic affected income and job choice. Within a period of just four months, only 60% of people who had a business to start with still ran a business and 74% of salaried workers maintained their position, but those that did not moved to casual labour.

These transitions correlate to wealth — the wealthiest business owners (regardless of profitability) stayed open, while the poorest closed. Inversely, the poorest in the casual labour market tended to stay in casual labour, while the richest moved to salaried labour or opened businesses. Because of the correlation with wealth, rather than talent, we see the poor consistently falling back to the bottom. The result is increased inequality as well as misallocation of talent. And worryingly, these are the types of changes that can outlast the pandemic.

Is the post-pandemic pull inevitable?

As Oriana explained in a discussion before our conference, ‘the most evident effect of COVID-19 is a huge increase in poverty. But it's important to distinguish between the increase which is just transitional … and the increasing poverty which occurs because the pandemic has changed something structural about the economy … the latter is really what we should be most concerned about’.

As presented in her keynote, the growing signs of these structural changes indicate we should be concerned about not just growing inequality and poverty, but of a loss to all of society in talent wasted or never realised as a result. Oriana believes there is still time to put in place protection for young girls, support to less wealthy business owners, and other relatively small and cheap interventions that could stem some of the loss to human and physical capital we are seeing.

If not then ‘we could wake up after the pandemic in a world that's much more unequal and importantly much poorer … poverty is not just a concern of the poor, but it is fundamentally the determinant of wellbeing in countries as a whole’. 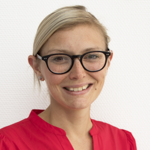 Social protection at a crossroad

Helping the poor to survive lockdown

What does COVID-19 mean for Africa?

3 presentations, 9 takeaways on the long-term impact of COVID-19 on learning and how education systems can respond

Blog | Staffan Lindberg’s keynote address is a wake-up call
Blog | Social protection at a crossroad
Blog | Helping the poor to survive lockdown
Blog | What does COVID-19 mean for Africa?
Blog | COVID-19 and the Global South — From crisis response to sustainable development
Blog | 3 presentations, 9 takeaways on the long-term impact of COVID-19 on learning and how education systems can respond

Global inequality may be falling, but the gap between haves and have-nots is growing

Global inequality may be falling, but the gap between haves and have-nots is growing
Next

Can access to finance spur entrepreneurship in Indian informal sector?

Credit constraints, a consequence of the widespread failure of credit markets in developing countries, are widely regarded as a key constraint to entrepreneurship...
Can access to finance spur entrepreneurship in Indian informal sector?