Four suggestions to tackle them

This month we had the honour to co-host  the first ever LDC Future Forum here in Helsinki. It was our first large-scale live event since the COVID-19 pandemic hit, which made it particularly exciting to be involved in. 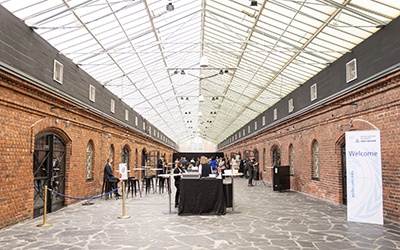 Taking stock on the progress of LDCs

Least Developed Countries (LDCs) are low-income countries that are highly vulnerable to economic and environmental shocks. They have low levels of human assets, as reflected in low secondary schooling enrolment rates, adult literacy, and gender inequality in schooling, for example. At the moment there are 46 LDCs.

To graduate from the LDC category, one of the three criteria is the GNI per capita, which needs to be USD1,222 or above. For reference, in Finland GNI per capita in 2020 was over 48,000 dollars.

As we take stock on the progress that LDCs have made, we see very different regional experiences. In the Asia-Pacific region, of the 14 countries in the LDC group in 2011, three (Maldives, Samoa, Vanuatu) have moved out of LDC status and ten are in the process of graduating. Globally, of the seven LDCs scheduled to graduate by 2026, five are from the Asia-Pacific region — Bhutan, Solomon Islands, Bangladesh, Lao PDR, and Nepal.

In Africa, there are also three countries (Botswana, Cabo Verde, Equatorial Guinea) that have graduated, but only two countries expected to graduate in 2024 (Angola, and São Tomé and Príncipe). Based on the current criteria, an additional four African countries may be found eligible to graduate by 2030, though this is far less than the 50% target that was agreed by the international community in 2011.

The challenges of the LDCs were widely discussed in the Future Forum. I would narrow the list down to five main problems.

The first one is weak economic growth. Average growth in LDCs stood at 4.7% during 2011–19, which was significantly lower than the average of 6.6% during 2001–10. This implies that the living standards of many LDCs will not converge to the levels of the fast-growing developing countries in North and South-East Asia. With the onset of the pandemic in 2020, economic growth has been particularly affected in 2020 and 2021, leading to sharp increases in poverty.

Second, there is a lack of productive capacity. The gap in productive capacity of LDCs and other developing countries has not narrowed in the last ten years. There has been very little diversification into manufacturing or high-value services. Agriculture still remains the major source of value added and employment.

Third, there is lack of diversification of exports and high commodity dependence. We see an excessive dependence on a few products in the export baskets of many LDCs. Many countries seem to specialise in one or two products with respect to exports. This means that they are vulnerable to trade shocks and the sudden loss of export markets when another developing country becomes competitive in that product.

Fourth, there is high vulnerability to environmental shocks. Extreme weather events have an adverse effect on LDCs. For example, Myanmar is the second most climate risk-affected country in the world. Climate change also poses serious threats to the Pacific Islands LDCs.

Fifth, there is the potential loss of preferential market access such as the EU’s ‘Everything But Arms’ (EBA) for the LDCs that are in the process of graduating. As most of the successful exporters among LDCs specialise in products that are price-sensitive such as apparel, the possible tariff increases may lead to big losses in competitiveness.

How should national governments and the international community address these challenges?

First, there has to be concerted investment in productive capacity, especially in human capital development, infrastructure and energy, along with a facilitating environment for the private sector. This will not only build much needed productive capacity, but also contribute to higher economic growth and diversification of exports.

Second, appropriate actions need to be taken to minimise disaster risk, as well as vulnerabilities to climate change, including access to climate finance.

Third, in the light of the pandemic’s effects on LDCs, there has to be a concerted effort to improve health, sanitation and social protection systems to build resilience to future pandemics.

Fourth, there has to be commitment from development partners to augment the scarce domestic resources that LDCs have to invest in critical public goods, as well as ensuring a more equitable and rules-based multilateral governance system. 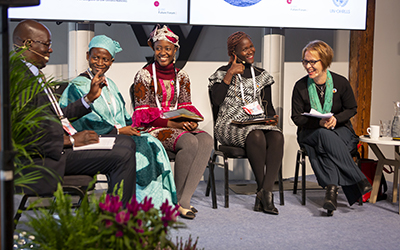 As was seen at the LDC Future Forum, scientific research offers many tools to facilitate solving the above-mentioned problems. The suggestions span from how to combine climate-friendly building  and developed countries’ carbon compensation, investing in the productive capacity of LDCs to diversify their economic structures, in to taking a more critical look at the LDC graduation criteria, and all the way to suggestions on how to make global debt policy more just.

The event clearly indicated that only through data-driven research will truly actionable and scalable solutions for sustainable development be found.

The views expressed in this piece are those of the author, and do not necessarily reflect the views of the Institute or the United Nations University, nor the programme/project donors.