Gender equality is one of the cross-cutting concerns of the UNU-WIDER work programme 2014-18. In this interview economists Elizabeth Asiedu and Jean-Philippe Platteau discuss the progress made toward achieving gender equality in the last thirty years, and the remaining and new challenges ahead.

Jean-Philippe Platteau points out that women’s vulnerable position in many societies is often linked to the prevailing unfavourable social norms and customs. He notes that some of these social norms and customs, for example early marriage, can be extremely entrenched and difficult to change. None the less, Platteau argues, it is crucial for organizations like UNU-WIDER to mainstream a gender perspective into, for example, the work on economic inequality and growth—work areas which the institute is so well known for. The cross-cutting nature of gender is also highlighted by Asiedu who points out that over the last 30 years economists and policy makers have come to a consensus that gender inequality holds back economic growth.

Education is key for going forward

Asiedu suggests that in order to enable more women to benefit more from economic activity and participate in policy-making there is a need to look beyond primary education. Although gender parity in primary education has been nearly achieved in most countries, women and girls now need increased opportunities for secondary and tertiary education in order to occupy visible and powerful roles in the society. Currently, the gender gap remains wide between females and males in secondary and tertiary education.

How can we get more women to obtain higher degrees in education? One way Asiedu sees this happening is what she calls the ‘role model effect’. She underlines the importance of young girls having female teachers and educated women as role models whom they can identify with. Interestingly, Asiedu’s presentation at UNU-WIDER’s  30th Anniversary Conference suggests a positive correlation in developing countries between the share of female teachers at secondary school and performance of the female students.

Adding gender dimension to the various aspects of inequality

Looking ahead, Asiedu and Platteau see that the big challenge for researchers in the future is to add a gender dimension to the examination of the various aspects of inequality—such as social, economic, and ethnic inequality. Research needs to help us understand how policies in practice can address the issue of discrimination against women in order to achieve further advances in gender equality.

For more interviews on topics such as inequality, poverty, and gender, visit our YouTube page. 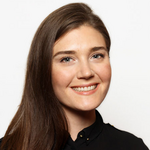 How can aid promote the empowerment of women?

Gendered Perspectives on Economic Growth and Development in Sub-Saharan Africa

Mapping the Future of Development Economics

The role of economists in policy-making

The role of economists in policy-making
Next