The recent anti-corruption summit in London highlighted a much-publicized issue in development—transparency is crucial in the minerals sector. However, an event at UNU-WIDER made it clear that this is only one of many key issues related to the extractive industries, government revenues, and development. 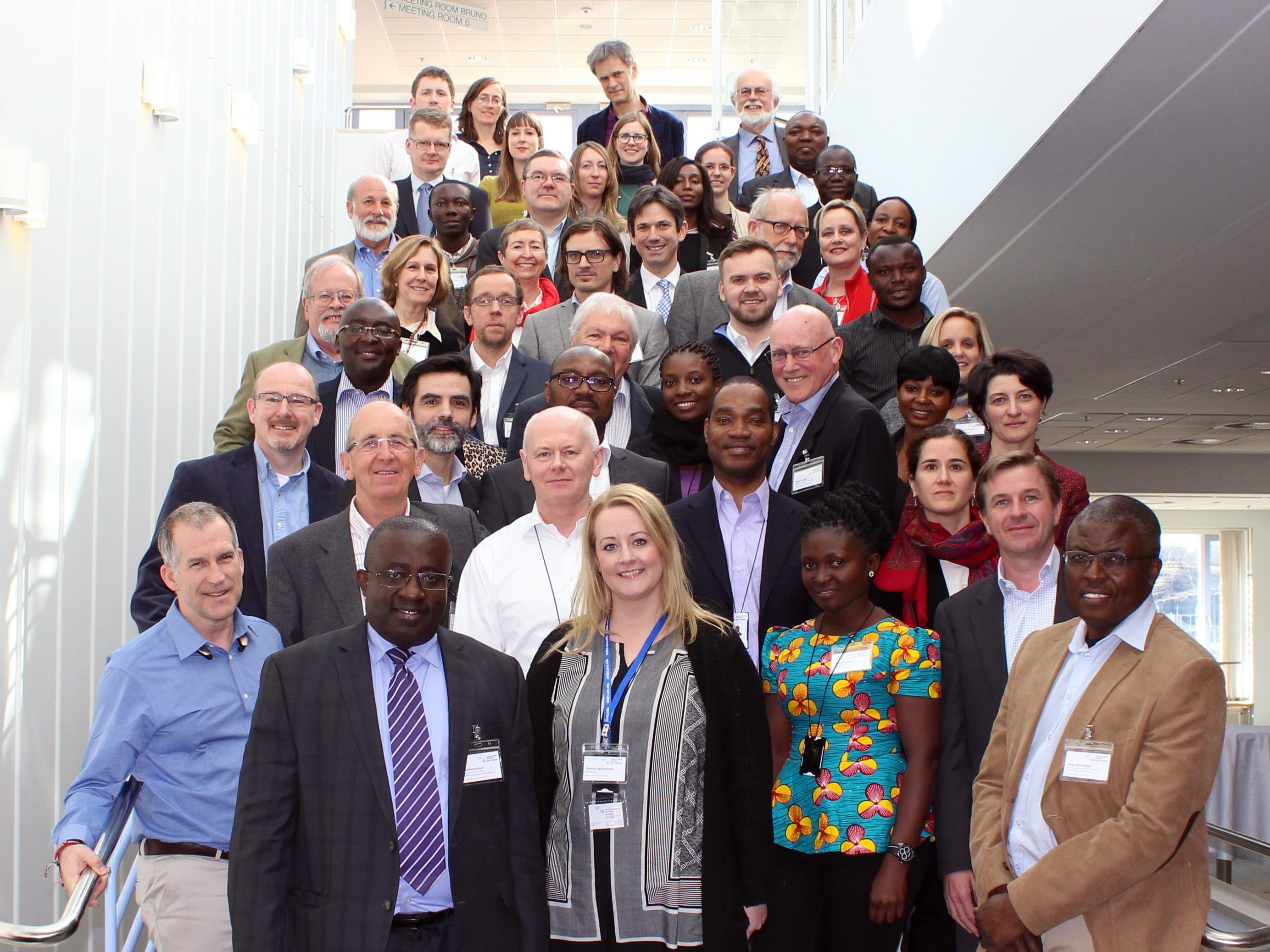 It’s traditional in Greek island restaurants to go into the kitchen and see what is cooking before choosing your meal. Similarly, I am reminded of the Japanese CEO who was an early advocate of ‘management by walking around’. He explained why he spent so much time down on the assembly line, ‘Last time I looked, no one was building a car in my office’.

At UNU-WIDER’s headquarters, a visiting researcher can inspire (or intimidate) themselves by looking at the impressive range of research from the early work of Amartya Sen and others to the present day.

How do you get from an important research issue to an impressive and well-produced volume published by Oxford University Press? In line with UNU-WIDER’s open access policy, the Working Papers and the OUP book envisaged for the project will be available free on line. I now have a pretty good idea how UNU-WIDER works. But I had never before attended a project meeting where authors ‘test drive’ their papers before the other specialists writing for the project. So I jumped at the chance to chair a good part of two days of intensive discussion on managing extractives for development, much of which is covered in Neil McCulloch’s blog on the subject.

The subject could not be more timely. The resource supercycle (if there is one and it’s not just ‘voodoo’) is now over. The Sustainable Development Goals commit the world community to guarantee access to modern energy by 2030, even if the level established is alarmingly low. One US fridge uses as much electricity as nine Ethiopians. Africa’s development requires access to modern energy, and necessitates huge infrastructure investment—ideally US$93 billion per annum for the next 10 years, according the African Development Bank.

However, the global climate change goals agreed in Paris means that a good percentage of traditional energy reserves (e.g., oil and coal) are ‘unburnable carbon’—or at least they should be if we want to prevent global warming from getting completely out of control.

UNU-WIDER has visited resource issues before. But things have moved on in so many ways in the last decade. African governments now face lower mineral prices as the Chinese economy has slowed and shifted structurally. We now need to ask whether mineral resources can help developing countries convert potential wealth below ground into modern industry and agriculture above ground— and how that wealth will be shared. Certainly South African Trade Minister Rob Davies warned African economies to move up the manufacturing value chain and not to rely on another commodity boom in his UNU-WIDER video interview last year.

The managing natural resource wealth project is developing excellent analytical tools to show the different routes whereby diversified development could occur, by directly and indirectly using mineral revenues for the common good—through company production, employment and skills development, and through the efficient allocation of tax revenues. 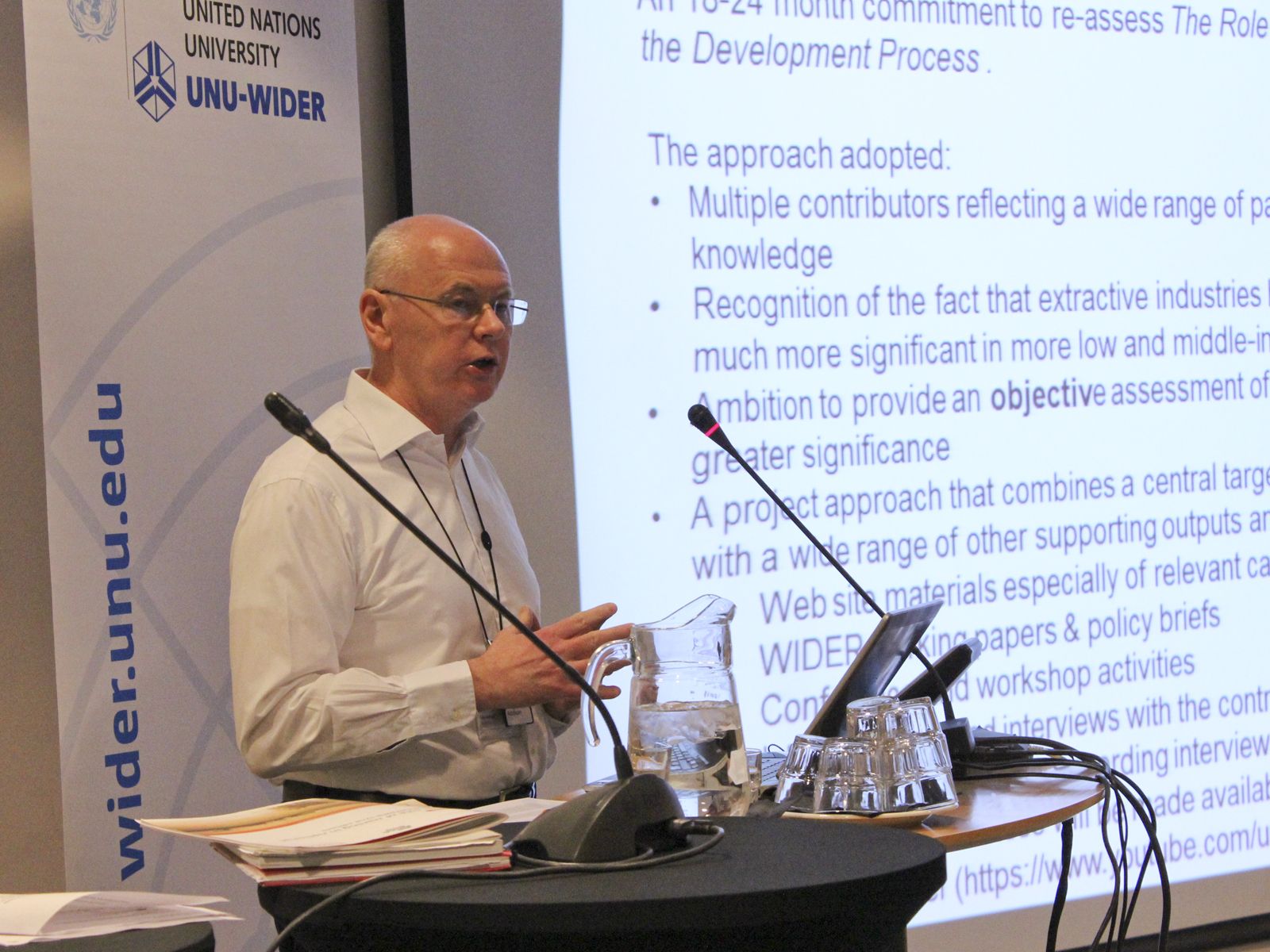 My life, research, and campaigning has frequently been affected by these issues. The Iranian nationalization of the oil industry and expulsion of BP meant that I was born in the UK not Iran (and you can read 100 years of Iranian political economy as resource nationalism to assert policy independence from foreign control). I worked on the arms trade and observed the way in which resource-rich countries often spent excessively on military hardware, and used it for war or internal repression. I was engaged for the churches directly in dialogue with Shell after the execution of Ken Saro-Wiwa in Nigeria—just one dramatic case of the human rights issues challenging the reputation of oil companies. However, until my intensive preparation for this project meeting and the full two days of the event, I had never thought so systematically about how the issues interlock, nor had the intellectual apparatus for an overview of how the issues link with each other in vicious or virtuous cycles.

Despite a packed programme (and we did work hard) there is much more to be said. This is a process: the participants (and readers!) have the chance to provide feedback and examples to the project leaders. However big the resulting book is—and it will be substantial—there will not be room for everything. But the final product is not just about the book. It is a multi-layered offering, with the intention of putting up additional resources on the website and supporting the more traditional research papers with filmed interview with key specialists by EconFilms for the Youtube channel.

This bank of information will be a vital resource for researchers, analysts, and academic teachers alike.

Will Norway’s model of Sovereign Wealth Fund work in Tanzania?

The inequality-resource curse of conflict

Blog | Can extractive industries promote development?
Blog | Will Norway’s model of Sovereign Wealth Fund work in Tanzania?
Working Paper | The inequality-resource curse of conflict
Blog | Like it or not, poor countries are increasingly dependent on mining and oil & gas
Blog | Extractive industries and development – taxing profits and investing gains
Blog | The end of the Super Cycle – has it dented resource dependency in poor countries?
Blog | A brief history of the role of energy in the global economy

Getting a high five - Advancing Africa’s transformative agenda
Next