Blog
Developing a microsimulation model for Mozambique – from inception to impact

The tax-benefit microsimulation model developed for Mozambique, MOZMOD, has proved to be valuable in analysing the impacts and budget implications of a new policy proposal in Mozambique. The importance of the tool has also been recognized in the government.

Tax-benefit microsimulation helps to understand how different policy options — comprising changes to tax and benefit arrangements — might affect household and government budgets. The EUROMOD tax-benefit microsimulation model for Europe has been in existence for more than 20 years. Building on this expertise, in 2015, the United Nations University World Institute for Development Economics Research (UNU-WIDER), the EUROMOD team at the University of Essex, and Southern African Social Policy Research Insights (SASPRI) with local partners set up the SOUTHMOD programme to bring microsimulation to many countries of the global south, including Mozambique, Tanzania, Zambia, Ethiopia, Ghana, Viet Nam, Ecuador, and more recently Uganda. 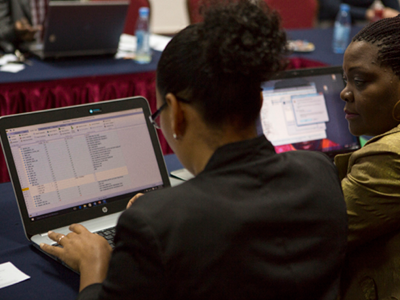 The Mozambique strand of work in the SOUTHMOD programme started with a feasibility study to assess the viability of developing a tax-benefit microsimulation model in Mozambique. Microsimulation models require detailed information on individuals, income, and expenditure, so the working teams had to identify the optimal household survey dataset. The Mozambican team identified the Household Budget Survey (Inquérito aos Orçamentos Familiares - IOF) 2008–2009 as the preferred dataset. The IOF data are representative at national, provincial, rural, and urban levels, and contain information on households’ income and expenditure patterns that provides enough detail to simulate the tax and benefit policies.

The first version of the tax-benefit microsimulation model for Mozambique, MOZMOD, was built using the EUROMOD software and the IOF 2008–09 data. This was updated in 2017 with a new underpinning dataset, the IOF 2014–15. The language of government in Mozambique is Portuguese, thus the user manual and training slides were produced in Portuguese as well as in English.

The policies in MOZMOD reflect the current national strategies on social protection, comprising the National Strategy for Basic Social Security 2015-2019, legislation on social insurance and tax legislation for personal tax, simplified tax for small business, value-added tax, excise tax, and fuel tax. A new version of MOZMOD is currently being produced, with the inclusion of the tax and benefit policies for 2018, to ensure that the model remains up to date. 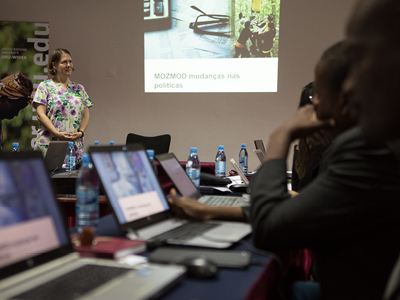 In these three years of MOZMOD’s development, local stakeholders have received two training sessions in Maputo on how to use the model. These events provided an opportunity to bring together people from different government departments to explore how they could use MOZMOD in their daily work.

Indeed, after the second training, the MOZMOD team has used the model to simulate the impact of a universal child grant on poverty reduction, and implications for the government’s budget. Such simulations have contributed to the debate in the Ministry of Gender, Child and Social Action on the upcoming pilot of a child grant in Mozambique.

Results from MOZMOD have been presented to the Minister of Economics and Finance, who has shown his commitment to discuss the importance of the tool at the various levels within the government.

A previous version of this article appeared in the EUROMOD Newsletter.

MOZMOD – simulating tax and benefit policies for development in Mozambique