Latin America went through a severe economic recession in the 1980s, and crises erupted again in the 1990s, most notably Mexico and Argentina in 1995, and Brazil in 1999. Such macro-economic crises hit the poor in numerous ways. Declining labour earnings, unemployment, and inflation combine to reduce household income. Many poor households react to a crisis by putting children to work, by postponing preventive or curative health measures or by reducing the nutritional intake of young children. These actions, combined with the breakdown of families and communities, undermine the living standards, social capital and long-term development possibilities of the poor. The harm done may be irreversible when the poor make decisions due to extreme necessity in the face of a crisis that reduces their accumulation of human or physical capital.

The design of adjustment measures such as devaluation, restrictive monetary and fiscal policies, trade liberalization and deregulation also influences the poverty outcome. Each adjustment measure has its own implications for poverty. While adjustment is usually inescapable, there is much scope for minimising its cost to the poor. For example, fiscal retrenchment should protect pro-poor public spending, particularly primary education, basic health services, and safety net programmes that target low income households in rural areas and urban neighbourhoods. If the fiscal adjustment is done in a regressive way, protecting the rich and leaving the poor to cope alone, then income inequality and social conflict will rise.

Not enough was done to minimise the poverty impact of the severe economic crisis of the 1980s and some valuable lessons can be extracted from this experience. Social funds were implemented several years (or even a decade) after the debt crisis erupted, and most neglected to improve the incomegenerating capacity of the poor. The International Financial Institutions (IFIs) focused on assisting stabilization and liberalization efforts and generally neglected to help governments protect pro-poor services from public spending cuts. Thus opportunities to help the poor were missed and, as a result, the poor suffered losses of assets and human capital that subsequent economic recoveries only partially reversed. Despite the experience of the 1980s, both countries and IFIs were ill prepared to cope with the poverty impact of the new crises of the 1990s. The 1995 crisis in Mexico and Argentina imposed severe hardship on the poor. For example, in Argentina poverty rose from 16.9 percent in 1993 to 24.8 percent in 1995. Even though there has been some progress in protecting the poor from the crisis - income-smoothing safety nets are now operating in Argentina and Mexico - hasty improvisation remains all too common. Fiscal strategies to protect pro-poor spending only began to take place during Brazil’s devaluation crisis of 1999. As a result, much remains to be done.

Ad hoc responses must be replaced by permanent structures to assess and rapidly address the social effects of recession. Latin America’s basic services are under-funded, and during economic crises they are often cut by as much (or more) than public spending that benefits non-poor households. During an economic downturn, cash transfer programmes designed to help poor children stay in school are vital. Examples of these types of programmes in the region include Brazil’s Bolsa Escola, Honduras’ PRAF, and Mexico’s PROGRESA. Moreover, since poverty information and institutional capacities are weak, self-targeting safety nets such as Argentina’s Trabajar programme can save many from destitution. These are just some of the ways in which to contain the human impact of economic crisis.

The broad outlines of a template to protect the poor during crisis are already apparent. Countries and IFIs must improve institutional structures and make them more accountable to the needs of the poor. Micro-finance and other instruments can be used to smooth consumption over the business cycle and rebuild capital after a crisis. Countries must also build a consensus across society to protect the poor and to enhance their capacities. How best to implement and finance these and other objectives remain urgent questions. Until they are resolved, economic recession - which is inevitable even with the best economic management - will continue to hurt the poor, and will hinder longer run poverty reduction. We can do better.

For further discussion of the role of safety nets during economic crisis see the recent UNU/WIDER publication ‘Social Funds in Stabilization and Adjustment Programmes’, Research for Action 48, by Giovanni Andrea Cornia. 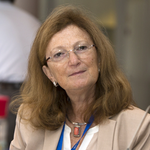 Inequality Is Rising
Next