Research Brief
Are employees in Vietnamese SMEs compensated for working in unfavourable conditions?

It is important to understand how working conditions faced by workers in Vietnamese SMEs affect levels of compensation. This is salient given the scope of SMEs in Vietnam — they contribute to approximately 45% of the country’s GDP and 60% of its employment.

Workers at the bottom of the wage distribution are able to obtain some premium for unfavourable work, but those with a somewhat higher salary are less likely to be compensated

There is legislation in place for protecting the employees working in poor conditions, but the implementation is lacking

If labour supply exceeds demand, which might only be the case on higher levels of the pay ladder, employers might not need to pay a premium for exposure to bad working conditions

This is especially important in developing countries in which manufacturing sectors have generated jobs in the face of rapid industrialization, but there is little knowledge about the working conditions being offered. Growing evidence shows that working conditions and job quality can have long-lasting effects on workers’ physical and mental health, worker absenteeism, and more generally on life satisfaction.

Are workers in Vietnam compensated for poor working conditions? 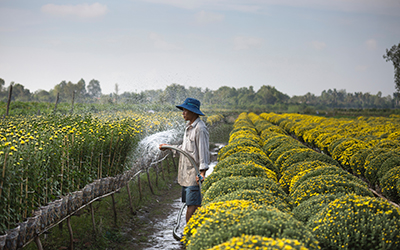 How widespread are poor conditions in the formal and informal sectors?

In Vietnam a 2015 law on occupational safety and health applies to both contract and non-contract workers in all enterprises. The law states that employers are obliged to provide training in matters related to occupational safety and health, and also to compensate workers in case of occupational accidents or disease. Workers have the right to demand and work in safe working environments where they are provided information on hazardous factors as well as on preventive measures.

Despite the existence of a comprehensive social protection that is legally mandated, compliance and implementation remain a policy challenge. While there has been improvement over time, non-compliance with the above mentioned law remains high. In 2015, for example, 40% cent of factories were paying incorrectly for overtime work and 62% of employers failed to specify all terms and conditions of employment in the contract.

There is also a significant increase in the share of employees reporting overall poor working conditions from 30% in 2011 to 49% in 2015. Looking at the formality divide at the firm level, an interesting finding is that adverse work environments seem to be also largely widespread in formal and informal sector enterprises. 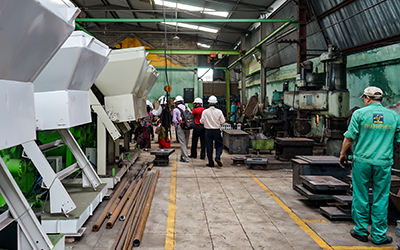 This result of varying effects across the wage distribution appears puzzling at first sight. Indeed, one might expect to observe the reverse pattern assuming that workers at the upper tail of the wage distribution are usually more likely than their low-wage counterparts to negotiate for higher wages when their work environment is unfavourable.

But the firm’s ability to compensate the worker for putting up with poor working conditions also depends on the degree of competition in the market for labour. If labour supply outstrips demand, which might only be the case in some parts of the pay ladder, the employer might not need to pay a premium for exposure to bad working conditions. Highly qualified workers willing to enter the labour market may in fact be largely queuing for a formal sector job. This situation can create a mismatch between qualifications and offered jobs if enterprise demand is weak and thus decreases the lowest wages high ability workers are willing to work on.

Another interpretation of the absence of penalty at the bottom of the wage distribution relies on the existence of some wage rigidity in the lower formal labour market segment. There, subsistence wages would prevent employers from paying poorly even in unfavourable work environments compared to jobs without such attributes.

There is, however, some hope for the future. It seems that the labour code and trade union law of 2012–13, being part of the ongoing efforts in Vietnam to modernize labour market governance in line with international standards, may have provided a more favourable environment for workers to negotiate their own terms and conditions of employment through collective bargaining.