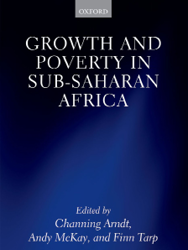 This session is centred around the high profile UNU-WIDER volume on Growth and Poverty in sub-Saharan Africa published in 2016. The research project resulting in the book sought to provide a carefully researched view about the extent to which recent growth in the continent has been associated with poverty reduction. The analysis is based on detailed case studies of 16 major sub-Saharan African countries.

The session will involve presentations from authors of three of the case studies; a brief synopsis of main messages from this multi-country comparative research project; and the comments of two expert discussants. The presentations will focus on bringing the conclusions forward, and identify a research agenda on this topic for the future.

Back to the event 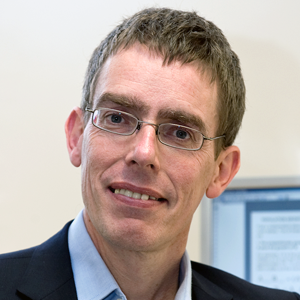 Andy McKay is Professor of Development Economics at the University of Sussex and Non-Resident Senior Research Fellow at UNU-WIDER. He has done extensive research on issues of poverty, inequality and living standards, in particular on sub-Saharan Africa. He was an active member of the DfID-funded Chronic Poverty Research Centre over 2000-11, and an Associate Director during 2005-11. More recently, in 2015 he became Managing Editor of the Review of Development Economics.

Germano Mwabu is Professor of Economics at the University of Nairobi. He was Co-Director of the African Economic Research Consortium (AERC) project on Poverty Income Distribution and Labour Markets in Sub-Saharan Africa. He has also held the position of Senior Research Fellow at UNU-WIDER (1996-98) leading the 'Public Goods'- project and Associate Professor of Economics at Kenyatta University (1994-96).

David Stifel is the Chair of International Affairs, and Professor in the Department of Economics, at Lafayette College. His research interests include development economics and applied micro-econometrics, poverty and infrastructure, labour markets in developing countries, and the economics of nutrition. Since 2015 Professor Stifel is a co-editor of the Review of Development Economics.

Marijke Verpoorten is an Associate Professor at the IOB – Institute for Development Policy, University of Antwerp. Her research focuses on the economic causes and consequences of armed conflict, natural resources, religion, global supply chains, and more broadly, on the economic and institutional development of Sub-Saharan Africa. Dr Verpoorten occasionally engages in cross-country studies, however most of her work concentrates on country case studies with a special focus on Rwanda, Benin and DR Congo.

Arne Bigsten is Senior Professor of Development Economics at the University of Gothenburg and Director of the Gothenburg Centre for Globalization and Development. Professor Bigsten has coordinated a large number of research projects on development issues, mostly on African economic development. The projects have concerned poverty, income distribution, trade, industrial development, foreign aid, and institutional reform. He has been extensively involved in work on the impact of international economic relations on development.