News
Discussion on the opportunities in the UN reform proposals


Not long after taking office, the UN Secretary-General, António Guterres, launched a set of reforms of the UN system. Its content is currently being discussed worldwide and on 12 December the deliberations made their way to Helsinki, Finland. At a discussion event hosted by the UN Association of Finland, representatives from IOM, UNU-WIDER, UNDP, and the Ministry for Foreign Affairs met to present their personal perspectives on the reform proposal. 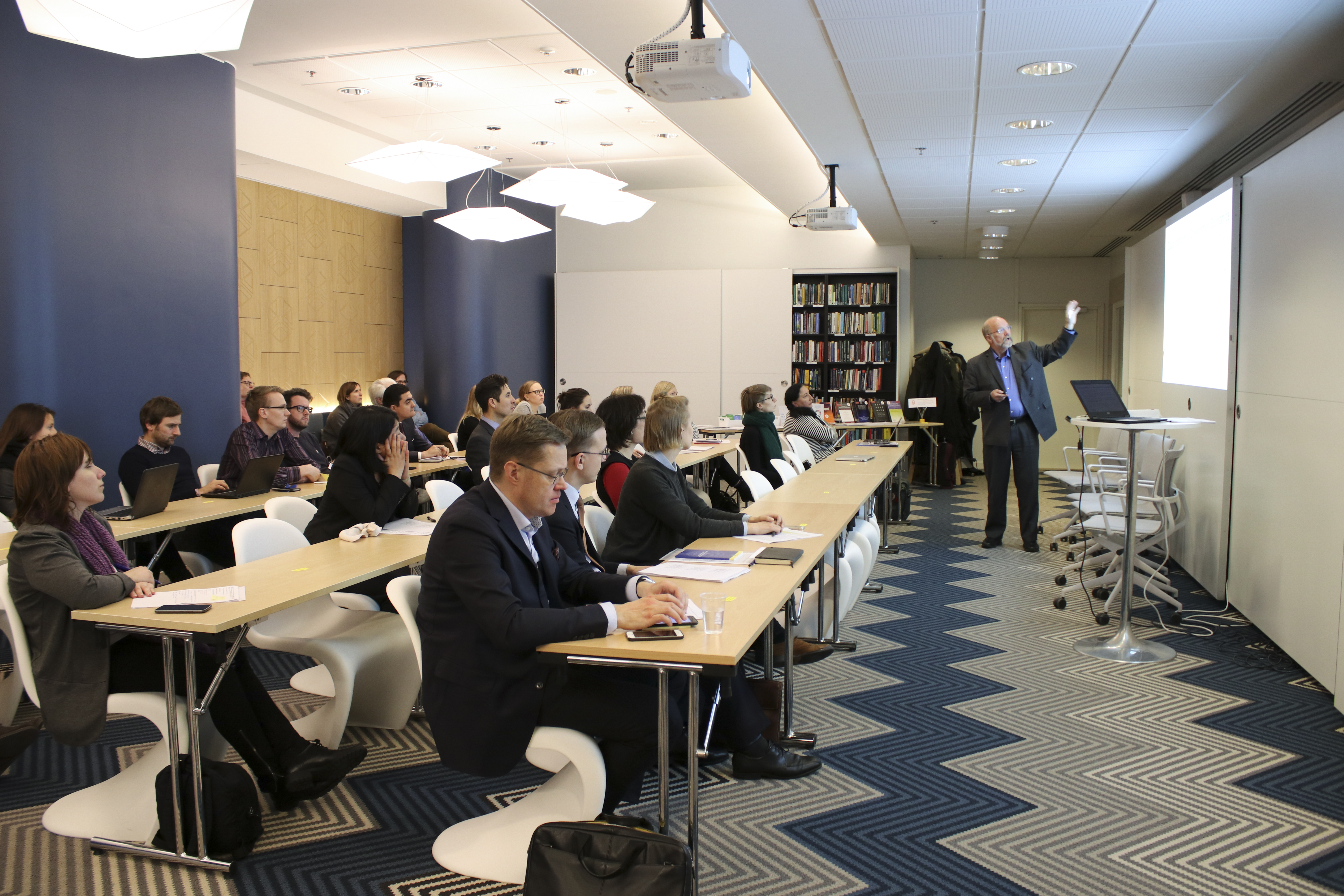 While the proposals entail a range of new ideas, three main areas for reform in the UN system stands out: (1) Shifting the management paradigm; (2) Restructuring the United Nations’ peace and security pillar; and (3) Repositioning the United Nations’ development system to deliver on the 2030 Agenda. The proposals are expected to deliver numerous outcomes, including enhanced coherence in the UN system (across the peace-development-humanitarian divide, across departments, and across funding mechanisms), improved partnerships with governments, enhanced accountability and transparency, and a reduction of duplicate structures and overlapping mandates.

Finn Tarp, UNU-WIDER Director, presented an overview of the reform proposals and took part in the subsequent panel to discuss its content and the opportunities it presents. His presentation highlighted positive and much-needed initiatives in the proposals, such as a general streamlining of the UN system and the emphasis on devolution within the organization. He also took the opportunity to express concerns about some of the many issues that need to be addressed by the UN and its member states to ensure successful implementation of the reforms. These relate to both external factors and inherent features of the UN system today. In his concluding remarks, Finn Tarp applauded the ambitions in the current proposal and stressed that the time has come for comprehensive reform if the UN is to deliver on its mandate, including in particular the 2030 Agenda.