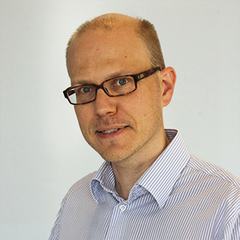 Jukka Pirttilä is a professor of public economics at the University of Helsinki and also works as a Non-Resident Senior Research Fellow at UNU-WIDER. He has previously worked for the University of Tampere,  Labour Institute for Economic Research (Helsinki, Finland) and the Bank of Finland. He conducts research on topics related taxation and social protection in developing countries.

Pirttilä has a doctorate in economics from the University of Helsinki and is a Fellow of the CESifo network. His research has been published in journals such as Journal of Public Economics, Journal of Development Economics, Economic Journal and the European Economic Review.

A Non-Resident Senior Research Fellow at UNU-WIDER, Professor Pirttilä is currently engaged in two UNU-WIDER projects. He supports the delivery of the Southern Africa – Towards Inclusive Economic Development project where he is organizing the project’s sub-component on public revenue mobilization for inclusive development in South Africa. He also serves as an external focal point for the project Equitable taxation and efficient revenue mobilization.

Finland aims to raise the amount of its development assistance to 0.7% of GDP, and this goal has good grounds. But how can we make sure that the countries receiving the donor funding will not stay dependent on the external aid for a long time?...

Distributional effects of the COVID-19 pandemic in Ghana

The first cases of COVID-19 in sub-Saharan Africa were reported in March 2020, and the impact of the pandemic has since rippled through the world and Africa...

This report documents GHAMOD, the SOUTHMOD model developed for Ghana. The report describes the different tax-benefit policies in place, how the microsimulation model picks up these different provisions, and the database on which the model runs...

The effects of a risk-based approach to tax examinations: Evidence from Tanzania

While technical assistance and increased use of ICT in the area of tax administration have been regarded to hold considerable promise for greater revenue collection, the evidence on how these activities work in the real-world circumstances of develop...

This paper analyses the distributional effects of the COVID-19 pandemic and related tax-benefit measures in 2020 in a cross-country comparative perspective for five African countries: Ghana, Mozambique, Tanzania, Uganda, and Zambia...

Integration of indirect taxation to GHAMOD

This note, with emphasis on VAT and excise taxes, illustrates how indirect taxes are modelled in the context of GHAMOD, a tax-benefit microsimulation model for Ghana...

UNU-WIDER's SA-TIED programme organized an online policy dialogue event on 19 April. The topic of the event was ' Tax and benefit responses to COVID-19 in South Africa '. The event introduced research results of studies using the...

We evaluate a major personal income tax reform in Uganda that came into effect in 2012–13. The reform increased the tax-free lower threshold, increased tax rates for higher incomes, and introduced an additional highest tax band...

An influential paper by Berg et al., ‘Redistribution, inequality, and growth: new evidence’, uses the SWIID data to examine the impact of inequality and redistribution on growth in both developing and developed countries...

Taxation, and public sector matters more generally, are high on the agenda for the international development community. This is clearly reflected in the Sustainable Development Goals (SDGs)...

Building up efficient and fair tax systems – lessons from Uganda

This project analyses administrative tax data in Uganda to provide knowledge for better policy-making with respect to mobilizing public revenue for inclusive economic development. The project aims to conduct new, policy-relevant research based on...

UNU-WIDER's expertise on inequality highlighted in a Finnish development magazine
Displaying 16 of 103 results.